Has Cheshire East been hijacked by the Bolsheviks?

On the Cheshire East notice board on Crewe Square next to M&S there is a poster from the Communist Party of GB, behind the locked glass cover, calling for capitalism to go. 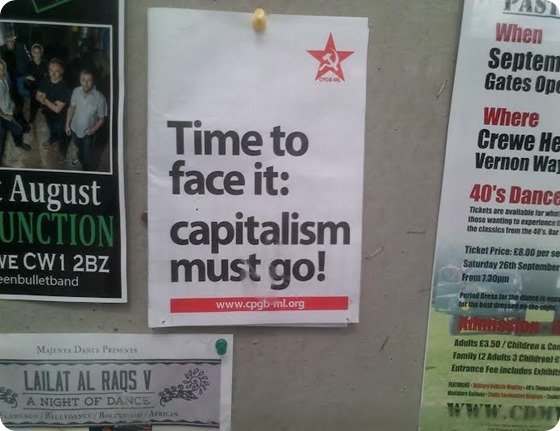 Cheshire East has just paid £6million of Council tax payers money to buy a chunk of the Crewe Town Centre shops. The Council will need the support of capitalists to make the i investment a success so it is really odd that the Council should allow the Communist Party of Great Britain to put up a poster, in the very same town centre, calling for the end of capitalism.

I have written to the Council about this strange event.

I have asked them to let me know who authorised this notice to be displayed?

When will it be taken down?

Or do Cheshire East agree with the Communists that capitalism should be smashed?