Seahorse Swimming Club were overall winners at the recent Halliwick Regional Gala held at Crewe Baths, which saw Seahorse competing against two other North West clubs - Sailfin ( Sale ) and Aquadis ( Ellesmere Port ). The gala turned out to be a close contest with Seahorse winning 12 medals - six gold, five silver and one bronze.

Cheshire East Coucil's Deputy Mayor, Councillor Hilda Gaddum presented the medals and trophies to the winners. She was pleased to attend the gala and thrilled to see the swimmers competing with so much determination and enthusiasm. She congratulated everyone who took part, and praised the event organisers and officials from the clubs for their work. 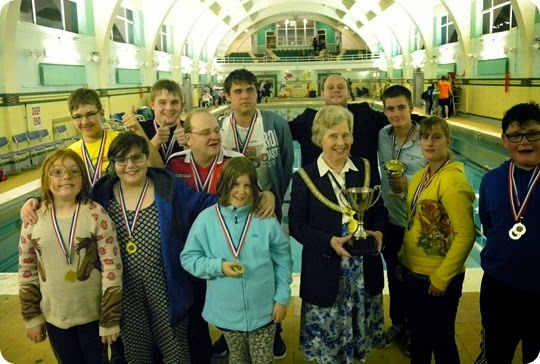