Reporter J white
Many people will have watched the D-Day Commemorations from Normandy, France on television and online. However, not many realised that the Parade in Arromanches, which was screened across the world, was led by a Drum Major from Wistaston! Drum Sergeant Rob Richardson, of the Cheshire Drums & Bugles, led the Dutch Band of Liberation into the esplanade at Arromanches and participated in the commemorations across the British and Canadian sectors.

Rob Richardson was asked, along with Drummer Sam Stanley, by Lt Col Simon Dubbelaar of the Band of Liberation to lead the band in Normandy, a massive honour indeed. The Band led the parade into Arromanches in front of a crowd of over 30,000 from all over the world. The parade included over 200 D-Day veterans who had travelled across on the RMS Boudicea, including Nantwich’s very own D-Day veteran, Denis Allcock.
Rob Richardson, who has played for some of the top bands in the country as an accomplished percussionist, is currently the Drum Sergeant at Cheshire Drums and Bugles, who led Crewe’s remembrance parade (and will do again this year) and is also a member of the Royal Marines Association Corps of Drums.
Robert Richardson said, “To lead the Band of Liberation across Pegasus Bridge at the exact time the gliders landed 75 years ago was actually an emotionally experience which didn’t hit me until I was half way across. To be asked to be Drum Major by the BoL was quite a scary thing, I mean I’m used to using two sticks not one big one!, and Arromanches, well that was just special, I can’t thank Lt Col Dubbelaar enough, even if I did have to give the orders in Dutch!”
The band stayed less than 100 yards away from the famous Pegasus Bridge and have close links with Nantwich as their vocalist, Emma Brown has sung at 2 concerts in St Mary’s Church. The Band took part in parades and performances at Pegasus Bridge, Arromanches, Ver sur Mer, Luc sur Mer and to cap the tour off a sell out concert in front of thousands at le Chateau de Bennouville. A proud honour for a proud man of Crewe & Nantwich to have bestowed upon him.
Catch Rob Richardson with the Cheshire Drums & Bugles at St Mary’s Church, Nantwich on Saturday 31st August (7:30pm). 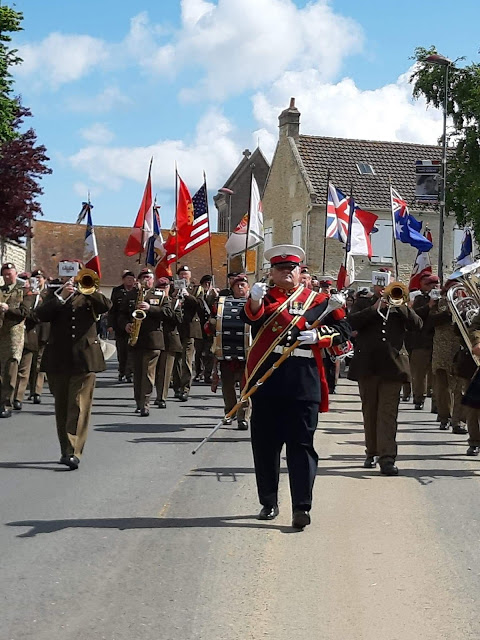 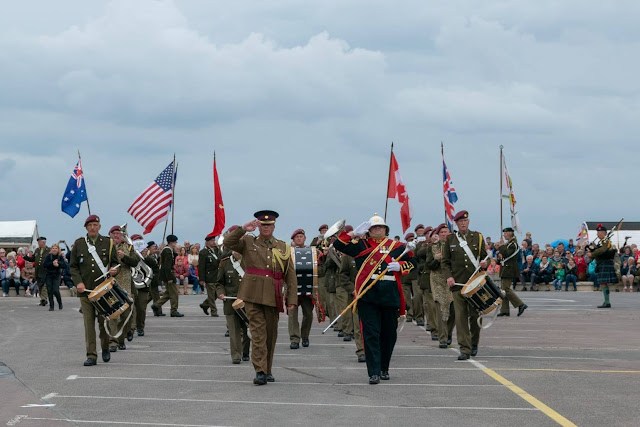