Radio and club DJ Dave Pearce brought his ‘A Night of Trance Classics’ tour to Studio Nantwich, Castle Street in Nantwich on Friday 7th June 2019.
The creator and original presenter of BBC Radio 1's Dance Anthems, Dave Pearce has been a driving force in the UK Dance Scene for many years. He's sold over 1 million mix compilation albums in the UK with multiple top 5 UK Chart positions. He's held residencies in Ibiza, Ministry of Sound in London and BCM in Mallorca. He's played at all the major dance festivals including Creamfields and has been featured three times in DJ Mag's Top 100 DJs chart.
His set was packed full of the dance anthems including tracks from Faithless, ATB, William Orbit, BT, Tiesto, Sash!, Moby, Dario G, Fatboy Slim, Moloko, and The Chemical Brothers.
Local DJs Daz Bailey and Alan Woodhouse warmed up the crowd with floor filling tracks before Dave Pearce’s performance.
Speaking before his gig Dave Pearce said, “This is my first visit to Nantwich - it is great to perform at Studio Nantwich. I look forward to playing some of the tracks from my new album along with other trance anthems. I hope everyone has a fantastic night.”
Nigel Woodhouse, Director of Operations at Studio Nantwich said, “It’s been a honour for us at the Studio to have such a well-respected dance DJ that is the legendary Dave Pearce. His trance classics have helped to make him one of the most successful DJs of the last three decades - bringing trance to the masses. The date was also very special to us as it is the same week he officially launched his new compilation album, Trance Anthems 2, and we managed to see him play his awesome set before he played it in Ibiza etc. We are hoping this is the start of more and more huge DJs playing in our club over the coming 12 months”.
The 55-track compilation album ‘Dave Pearce Trance Anthems 2’ is out now via CD, download and streaming.
For information relating to future events at Studio Nantwich, please search Studio Live Nantwich on Facebook. 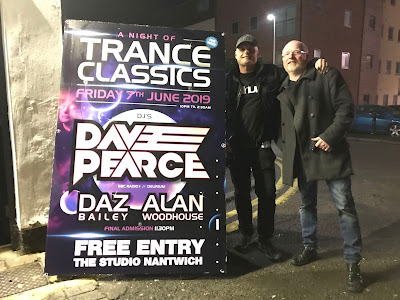 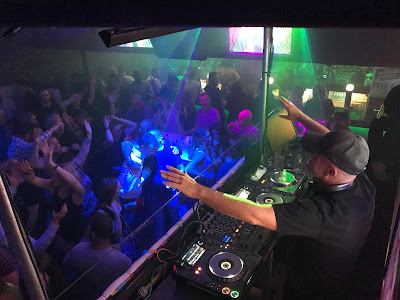