A 'We love 90s House Live' fund-raising concert took place at Studio Nantwich - http://www.facebook.com/studionantwich - on Castle Street in Nantwich on Friday 4th May 2018.

The event featured live dance music band 'House Jammerz' http://www.housejammerz.com/ making a return to the venue and they performed a range of the biggest and best-ever House tracks.

The gig was followed by an ‘I love the 90s’ club night until 3am.

Admission to the concert was free with all proceeds to Mid Cheshire Hospitals Charity http://www.mchcharity.org/

Nigel Woodhouse, Director of Operations at Studio Nantwich said, "It is always a pleasure to hold an event that plays homage to the iconic age of Clubbing and dance music. The ‘90s saw the explosion of dance music, so to see the classic tracks played by such a professional band like House Jammerz giving them their twist never fails to entertain. We are pleased to support the Dementia Appeal for Mid Cheshire Hospitals Charity in their fund-raising efforts." 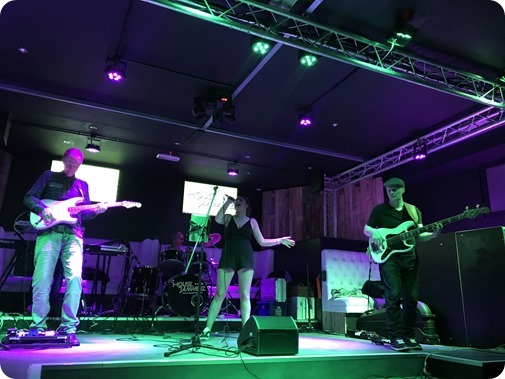