A For Cheshire branch of the For Britain Party has been formed and they recently met in Crewe. (See attached photo below) Chairman Cllr. Brian Silvester said,"We are planning to stand candidates in the Parish,Town and Borough Council elections in 2019. Cheshire East Council staggers from one crisis to another It is time to elect Councillors who will sort out the mess and put the Council on the road to success. The Tories on Cheshire East Council promised in 2015 NOT to increase the Council Tax. That promise was broken as soon as the election was safely won.The Council Tax has gone up every year since. Residents interested in standing for the Council should get in touch.via twitter @CllrBS 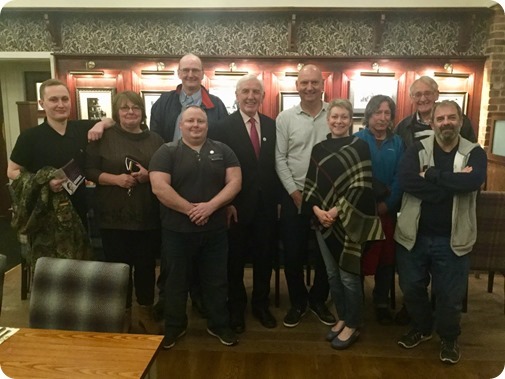