The Rotary Club of Nantwich,

The Rotary Club of Nantwich, in association with The Rotary Club of the Himalayan Gurkhas, staged a musical night in The Fairfax Suite function room at Nantwich Town Football Club on Saturday 22nd April 2017 to raise funds for victims of the tragic Nepal earthquake.

The Rotary Club is now raising money to help the people of Ghanpokhara repair and restore their earthquake-damaged drinking water source. Villagers currently have to trek four hours on foot for water. However, when completed, the project will provide a drinking water supply to 27 households and benefit 165 people and their domestic cattle.

In January, Nantwich Rotarian Sarah Perris visited Golmaraja School in Sindupalchok, a five and a half hour off-road journey from Kathmandu, to see how funds already raised by the Nantwich Club are being spent by the Rotary Club of the Himalayan Gurkhas.

The fund-raising music concert featured a variety of talent from Nantwich and further afield. Nantwich-based singer/songwriter Tim Lee played guitar and sang his own songs and material from other artists.

Somerset group 'Vervain', a six-piece Celtic Folk band mixing traditional tunes and original songs, created a diverse mix of the old and the new in an exciting and modern way.

John Crowe, Chairman of the Rotary International Committee said:  “We are aiming to raise £3,000 to bring water back to the people of Ghanpokhara and the funds raised at the music evening has taken us halfway towards that goal. In addition a great night was had by all, thanks to the amazing performances of all our musicians. You will see us at local car boot sales over the coming months raising further funds - the sooner we can get to £3,000, the sooner we can get this critical water source repaired and our thanks go to everyone who supported us on Saturday night.” 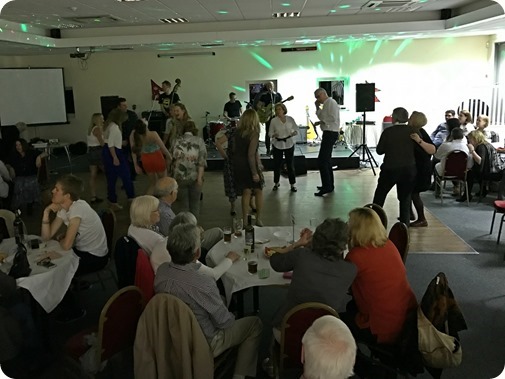 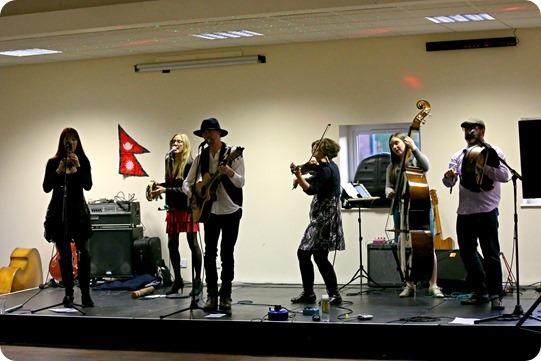