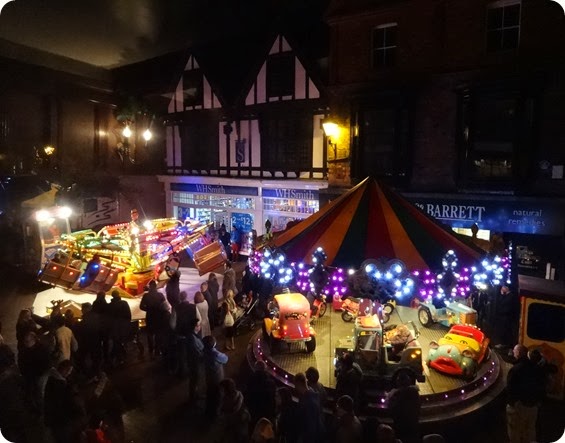 The Nantwich Christmas Lights switch-on took place on Saturday 30th November 2013 on the Town Square. During the day there was festive music provided by local online community radio station The Cat - http://www.thisisthecat.com/ . There was entertainment in the evening from the Malbank Festive Choir and Britain’s Got Talent dancers AJ and Chloe. Father Christmas also took time out of his busy schedule to make an appearance, although he had to stop the Grinch from cheekily stealing his presents! Nantwich Town Council's Deputy Mayor, Councillor Christine Farrell - http://www.nantwichtowncouncil.gov.uk/ - thanked the sponsors and everyone who attended for supporting the event. A ten-second countdown ensued before TV Vet Steve Leonard turned on the lights, which were followed by a spectacular firework display by local company Blitz Fireworks - http://www.blitzfireworks.com . There was also a children's mini-funfair, festive stalls and refreshments. 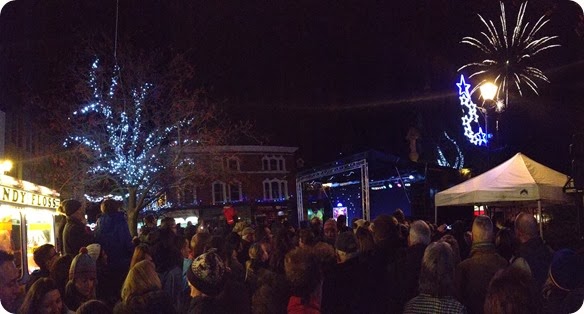 Other events in Nantwich included carol singing from Wistaston Singers, along with mulled wine and mince pies at the Cocoa Yard in aid of St Luke’s Hospice.

The event was enjoyed by several thousand people.