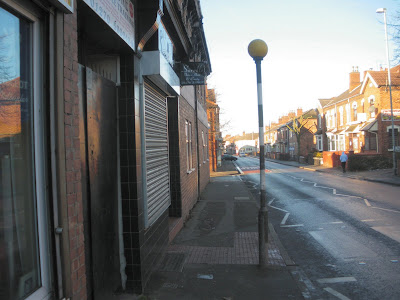 West St has seen several robberies in the last couple of weeks with the hairdressers, paper shop and the off licence all being raided and staff threatened. The shops have taken action by increasing security of their shops to prevent further attacks but the new sentencing rules out this week wont help.
The new rules basically say anyone caught shop lifting should only face a fine and if they threaten staff they may also get Community Service. This is not a deterrent and it makes it a worth while risk to attack shops if you know you wont go to prison.
West St is also going to get a £400,000 make over with new lights pavements security and parking.
A council spokesman said: “The main benefits of the project are expected to be stability for current traders, the attraction of new independent traders and an increase in the number of people shopping locally.
“The street has seen a decline in the overall number of retail units as changes in people’s shopping patterns and competition from supermarkets and other larger shops have taken their toll on independent traders.
“West Street has a long and proud history and represents a key part of the heritage of Crewe as an industrial town.
Sadly West St is no longer a busy area at one time you had no need to go into town as everything you needed was in the street we had petshops, food stores, Partons and everything you could need. Lets hope this will soon be the case again as it’s the main area for people of the west end so it has a large catchment area.
Posted by Jan Wright at 00:28