The Wistaston Memorial Hall and Community Centre on Church Lane in Wistaston now has a defibrillator at the front of the hall. The management committee hopes that it will never be used, but it is available in an emergency for people using the hall, members of the tennis club, members of the bowling club and the immediate local community. It has the potential to save a life.

The defibrillator was purchased with a £1,300 grant from Baker Wynne & Wilson estate agents under their 25th anniversary community pledge.

John White, Chairman of the Hall’s Management Committee, said: “We are so grateful to all those people who contributed to this important lifesaving equipment. We were able to show our gratitude by inviting the three guests to join us for festive mince pies and coffee after the unveiling”. 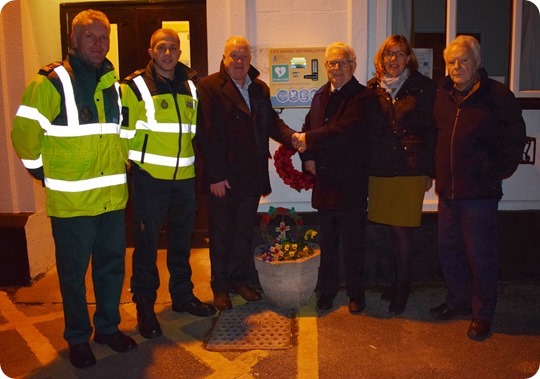