Seahorse Swimming Club, which caters for people with disabilities, and is based at the Lifestyle Centre in Crewe has been honoured by royalty with the Queen’s Award for Voluntary Service for 2017.

The award recognises the work of the volunteers and is the highest award given to local volunteer groups across the UK for outstanding work done in their own communities.

The award was created in 2002 to celebrate the anniversary of the Queen’s coronation and the presentation of the award is made by the Lord Lieutenant, on behalf of Her Majesty The Queen.

Volunteers, Jackie Roberts and Steph Evanson (pictured), recently attended the Royal Garden Party at Buckingham Palace, and were thrilled to represent Seahorse at such a prestigious event.

“Everyone at Seahorse is immensely proud. The award is wonderful recognition of the dedication of all the volunteers at Seahorse, which celebrated its 60th anniversary last year.” - Gareth Roberts, Secretary, Seahorse Swimming Club. 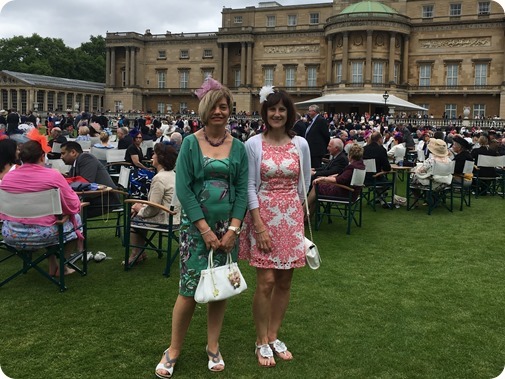